Tajweed is a compiled set of rules that when followed would allow the reader to recite the Quran properly. The word Tajweed تجويد comes from the adjective Jayyid جيد, translated as good and means “to do something proficiently.” The main reason to learn to read Quran with tajweed rules is preservation. After the spread of Islam throughout the world, the Arabs feared that the Arab tongue would be distorted by non-native Arab Muslims. Therefore, mandatory tajweed rules were put down in order to preserve the proper pronunciation of the Quran.

As a Muslim, you should know that the Quranic revelations were in one style at first, but the prophet Muhammad (PBUH) asked Jibreel to teach him more styles. For a further detailed explanation of the subject, refer to our article: The seven modes of recitation of the Quran Jibreel taught the prophet (PBUH) seven styles of reading the Quran. An evidence of this is the hadith in which the messenger of Allah said;

"Gabriel taught me to recite in one style. I reviewed it with him and kept asking him to give more (styles), till he reached seven modes (of recitation)"

Tajweed rules span different principles, the first of which is how to correctly pronounce each letter of the Arabic alphabet. This requires more in depth knowledge of the articulation points of each letter: meaning where the sound of the letter should originate in the human body.

The Articulation Points of the Letters مخارج الحروف

These are the only areas of the human body used to pronounce specific sounds. 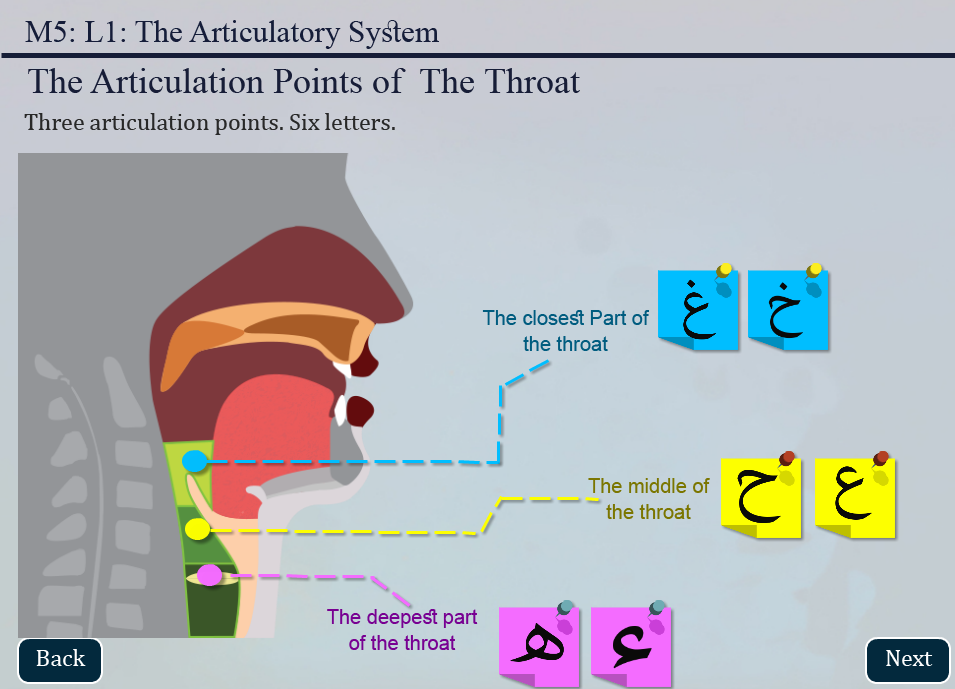 The Nasal Cavity and Lips 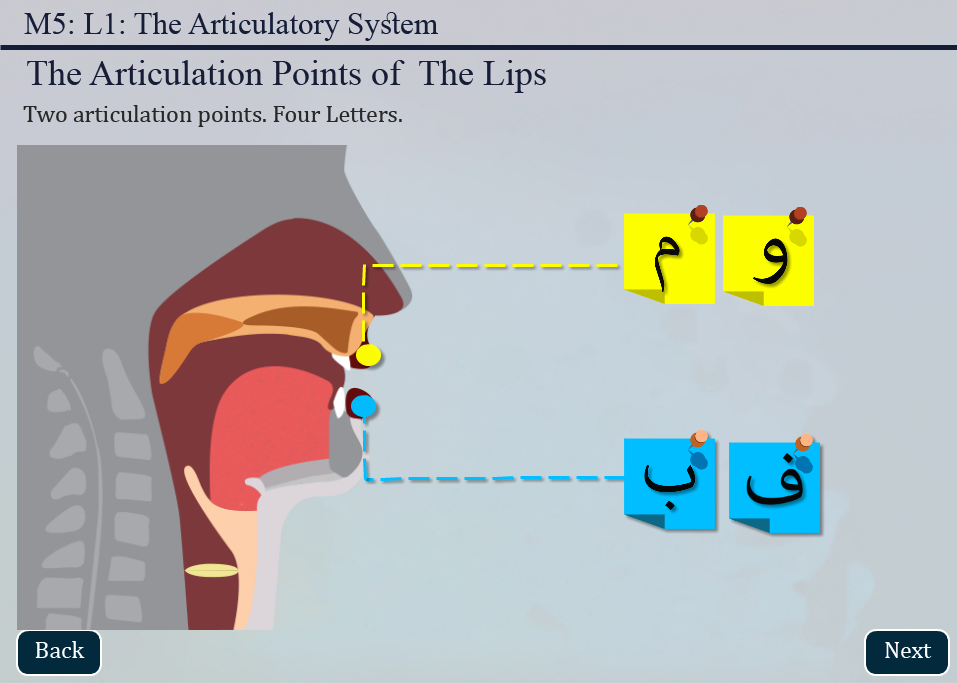 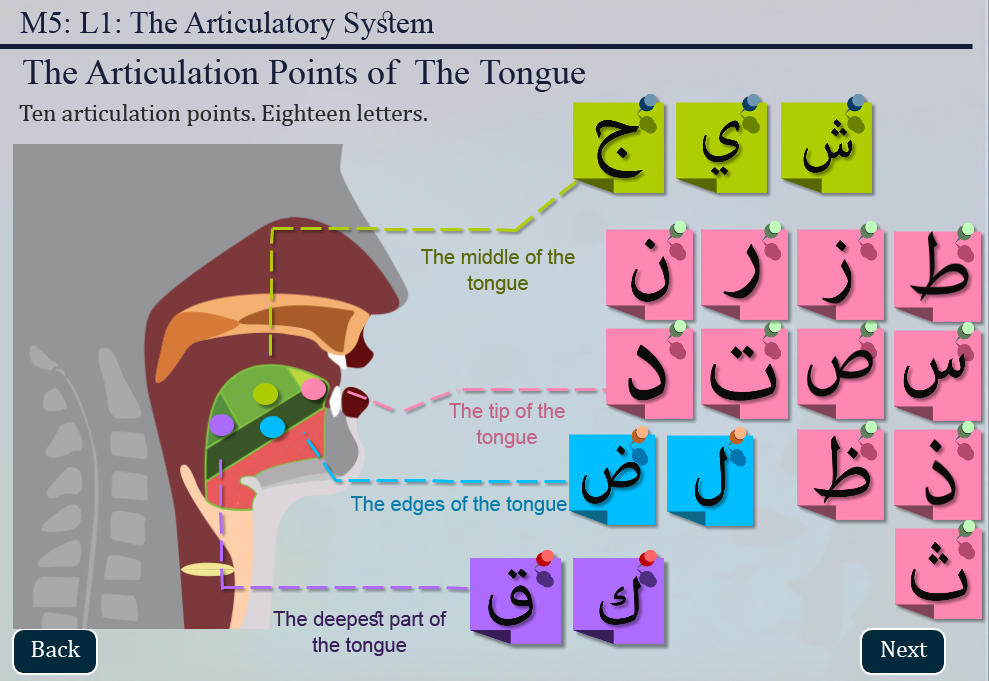 In order to learn to read Quran with tajweed rules, you need to master these articulation points in detail. We at Nour Academy provide Theoretical Tajweed Rules online classes in order to learn the underlying principle on how to read the Quran with tajweed rules properly. This is done through interactive slides and custom created instructor led experience. You can check our article Learning Quran with Tajweed Online to learn about the pros and cons of learning Tajweed online.

We also provide Quran Memorization and Recitation classes to help students read the quran with tajweed rules without learning the underlying theoretical principles. This is done through repetition and correction. To understand more about our process check this article about The Approach to Quran Memorization at Nour Academy.